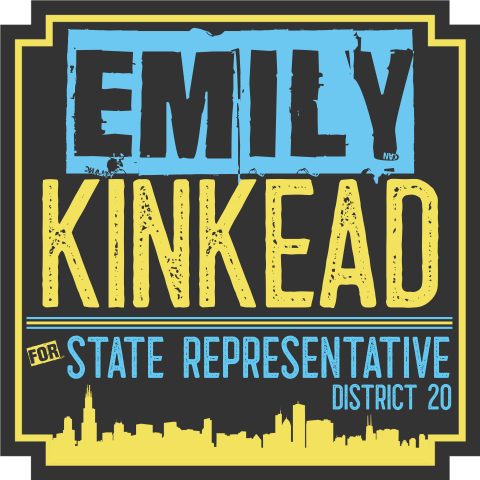 Emily Kinkead is running to represent Pennsylvania’s 20th State House District because she recognizes the need for new energy and real progressive leadership for our communities. As an attorney and lifelong advocate, and she will be the voice in Harrisburg that our communities desperately need.

Emily is a native Northsider and the child of Pittsburgh paramedics. Her dad taught her that anyone with the ability to help others always should. She took his lesson of service into her career, where she has spent more than a decade working on our society’s toughest problems. Emily’s service includes advocating for persons with disabilities, lobbying for public financing of elections, gerrymandering reform, and responsive climate change policy. She also worked in the legislative policy office at the National Institutes of Health and provided legal aid to vulnerable individuals. Along the way, she earned degrees in Biology and Political Science from Bloomsburg University of Pennsylvania and her law degree from the University of Pittsburgh.

Deeply dedicated to her community, Emily actively volunteers with the Junior League of Pittsburgh. She co-chairs a program through the Women in the Law Division of the Allegheny County Bar Association that aims to end bias in the legal profession. Emily also serves on the board of a local philanthropic non-profit, Social Venture Partners, and local environmental conservation non-profit, Scenic Pittsburgh. As a member of Pittsburgh’s 50 Finest 2019, she dedicated herself to increasing awareness about cystic fibrosis and raising money to fund research to find a cure.

In addition to her passion for public service, Emily credits her dad with giving her an appreciation for a strong work ethic. The son of a single mother, he took advantage of opportunities and networks that eventually led him to work his way through medical school. His hard work gave Emily and her sister, Amanda, opportunities to live in places across the U.S. and to travel the world. They could believe their big dreams were attainable, but her dad always kept them grounded in giving back.

But more and more people are denied the chance to achieve what Emily’s father was able to - a chance to live his dreams and make a better life for his children than he had for himself.

Emily understands that Pennsylvanians have lost trust in our democracy, and faith in the ability of their government to serve the people. Our problems lie not just at the feet of Republicans in Washington and Harrisburg; we must also recognize those Democrats who are complicit by their silence and inaction. We can no longer accept the idea that merely not electing Republicans is good enough. We must also actively elect good Democrats – leaders with a vision for the future.

Emily knows we need leaders with the guts and determination to put themselves on the front lines and fight for change. We need leaders who listen to the needs of every community and take those concerns into the halls of power to effectuate long-overdue changes. Leaders who fail to champion everyone, including the most vulnerable among us, should be stripped of the privilege of calling themselves our leaders.

Emily is running to work for PA-20. She is running to serve working families, to protect and invest in our communities, and to create a working government that we can believe in again.

It’s time for a leader who will stop making excuses and start making changes.

Join Emily Kinkead on this fight to bring new energy and bold, progressive leadership to the 20th District.